When it comes to using cold or heat on an injury or to help with pain relief, it can be confusing as to which one you should choose. Some people will tell you ice is best, others will tell you heat is best, and some will say not to use anything, and let the body do its thing. So what should you do? Let's start by defining the two therapies a little more... Defining the two: Cold therapy Cold therapy is sometimes referred to as 'cryotherapy' ('cryo' referring to the use or pro

You may have seen this coloured tape on a player in a sporting match you watched, a competitor in the local running race, or even a family member with an injury….So what is it? Kinesiology tape, sometimes referred to as ‘K-tape’, Kinesio ä Tape, Rock Tape, or various other names, is an elastic, therapeutic tape that became popular around the time of the 2008 Beijing Olympics. Many Olympians began wearing the tape on the international stage and since then the tape has gained p

When it comes to recovering from pain or an injury, I strongly believe movement should form a large part of the recovery. Whether that is in the form of gentle movements, walking, continuing to engage in activities you are already doing, or taking up new activities and exercises. The exercise and activity will be dependent on what injury you are experiencing, and the severity and irritability of the pain. This E-book has been designed to answer questions you may have about en

5 things to be aware of for your Back Pain. Number 4 is my favourite

1. Get it checked Low back pain presents in many ways, and can be caused by many different factors. Some of these factors include: Work-related movements, activities and postures Emotional and mental stress (as stress decreases our pain tolerance, meaning we respond to less intense stimuli) Unaccustomed activities or loads (increase in training loads, activities you aren’t used to doing, new training or new exercises) Repetitive or sustained movements or positions (such as si

Can You Shift Your Back Pain With This Proven Process?

A major study* shows that at least 44% of people with back pain can 'centralise' their back pain. If they are guided through a specific process that I'll describe in this post ... ... which is why it might just be one of the most important posts you read about the fitness of your back! This could enable you to continue with your Strength, Brazilian Jiu-Jitsu or CrossFit training. Or whatever quirky activity you are in to that requires peak performance. I use what I'm about to

In its most primitive sense, pain is our body’s warning signal that something needs to be addressed. The longer we ignore these signals the more likely these issues can develop into chronic, long term patterns causing compensations elsewhere in the body. Massage Therapy can play a vital role in your overall healthcare regime. As well as a valuable treatment technique prior to Osteopathic treatment, studies have shown that regular 1-hour massage sessions can help relieve co

Enter your details below to receive our quarterly newsletter

How can you help manage pain, stiffness, or an injury outside of treatment & rehab? 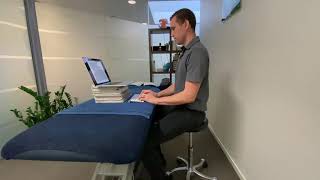 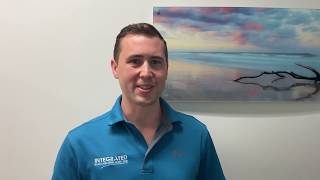 Pregnancy - who can help me? 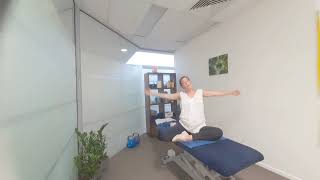